ABOUT YOUTH FOR CHRIST TRINIDAD & TOBAGO

The operations of Youth for Christ in Trinidad and Tobago are the result of a powerful team. This team comprises the National Board of Directors which is led by chairman Mr. John Alexander. Together its members ensure that the National and International vision and mission of YFC is pursued.

The National Director, Pastor Frank Porter, is a tremendous man of God who seeks to carry out the Vision God has given him with Christ directed strategies and gigantic leaps of faith.

And most importantly the staff of dedicated, kingdom workers who have joined forces in carrying out the mandate given him. Comprising primarily of young persons, their love for the Lord is undeniable and perhaps this is what drives the movement on.

The islands are divided into12 regions, 10 in Trinidad and 2 in Tobago, which in turn allows us to cover the entire landscape of both islands.

With over 400 churches representing the majority of Christian denominational and non-denominational churches on the islands; over 500 intercessors, over 1000 volunteers and a growing number of faith partners we can confidently look forward to continued national transformation through the work of Youth for Christ.

There is at YFC Trinidad and Tobago a marvellous marriage between personal and spiritual development and professional advancement gained through the several programs we pursue.

We are an awesome team that delight in doing the work of the Father, His son Jesus and the Holy Spirit.

To see the lives of every person in every region transformed through prayer and the Word and to become a part of the body of Jesus Christ.

To participate in the body of Christ in responsible evangelism of youth, presenting them with the person, work and teachings of Christ and discipling them into a local church.

In August 1956, Trinidad and Tobago welcomed to its shores, Keith Rowe, a young Jamaican by birth who through his efforts gave birth to the rapidly expanding international youth organization, Youth for Christ Trinidad & Tobago. He was not only the visionary but he set the stage for the movement in Trinidad and Tobago. Keith Rowe was actually responsible for the introduction of the Youth For Christ movement into the wider Caribbean as well. Since its inception, YFC Trinidad and Tobago has used ‘every means possible’ to communicate the unchanging Gospel to the changing times, including Saturday night rallies, gospel films, drama, street meetings and school assemblies.

There were also the ‘Discover Jesus’ missions, special concerts, radio, television ministry, campus life clubs, youth camps youth leadership training schools, youth symposiums, national conventions, Talents for Christ Festivals, Singspirations, Funspirations, Gospelypso competitions, bible quizzes, and scripture memorization. There have been YFC chorales, counseling programs, suicide programs, crisis pregnancy programs and the list go on and on. Through the years the many programs have ministered to thousands of lives and because of this, many who were lost have experienced the saving grace of Jesus Christ.

Thousands too, have discovered their hidden talents, developed these talents, and used them through the various programs of YFC for the glory of God. The men of God who have been at the forefront of leading this incredible venture over the years are Keith Rowe, the pioneer, George Thornhill, Garth Thomas, 1972 to 1983, Rev. Lealand Henry, 1984 TO 1988, Lincoln Douglas, 1989 to 1993, Junior Mallet 1994 to 1997, Owen Boyce, 1998 to 2001 and Rev. Frank M. Porter the present National Director. Corporately they have labored to set the stage for the army of young people who will lead this nation to Christ. 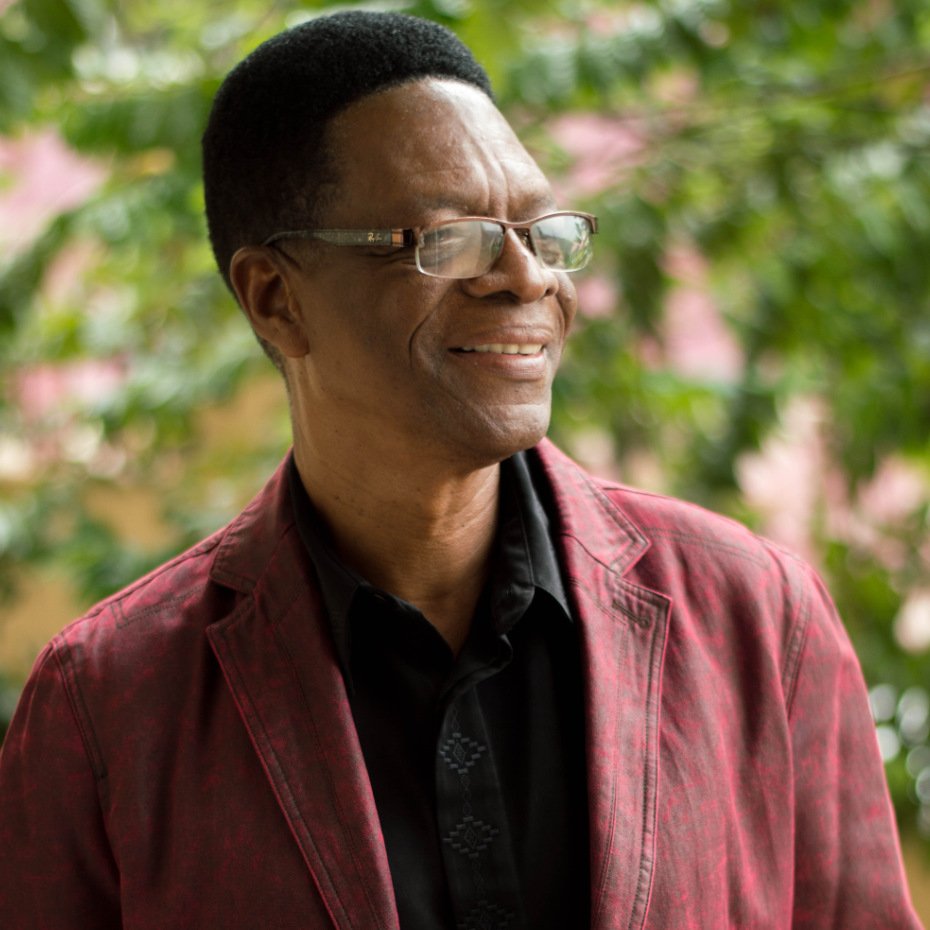 In 2002, Frank Porter was appointed the eighth national Director of YFC Trinidad and Tobago. His appointment came as a result of intense prayer and fasting offered up to God by the National Board. Recognizing this to be the call of God, Br. Frank Porter accepted the new role.

It is also in response to prayer and fasting, this time by the newly appointed National Director in the hills of Balandra, Trinidad that God downloaded the vision which Youth for Christ Trinidad and Tobago now pursues.

Before his call to lead Youth for Christ, Frank Porter was a graduate of Mausica Teachers College and the University of the West Indies, St Augustine. At the latter he attained a Bachelor of Arts degree in Arts and General Studies. He enjoyed the profession of teacher and writer, the former for 32 years, and the latter he still pursues. He became well known in Trinidad and Tobago as an accomplished writer of children’s books, including the famous Republic Readers, which has been a constant in every child’s book bag since 1984.

Due to his dedication to a wide range of social and community activities over the years, in 2004 he was awarded with the Nation’s Public Service Medal of Merit Gold. It is through his gift of writing that God continued to use His servant to write a number of books for the holistic development of the nation’s parents and youth, and most importantly the body of Christ. They include books on parenting, youth related issues, emotional wellness, success at school, prayer, emotional healing and many more. In addition to this Frank Porter also wrote a number of songs. The Cd/ DVD entitled ‘Songs for the Womb’ is a pure work of art and caters to the expectant parent; the joys of birthing a child into this world and declarations of love and commitment from parent to child. In 2006, Frank Porter, again, in response to the call of God was ordained a Pastor at Divine Encounter Fellowship International under the awesome leadership of Apostle J Vernon Duncan and continues to serve in this ministry as an Assistant Pastor.

In 2012, in addition to his role of National Director for YFC Trinidad & Tobago he was appointed the Regional Director of the Caribbean by YFC International, a position he held until May of 2015.

One constant of this man of God, is his obedience to the call to prayer and fast. It is in this time apart with God that he receives new directives; strategic approaches; and a constant unveiling of the vision so that it remains fresh and relevant to the times.

Another, is his desire for souls and restoration of men, it comes through every sermon; every speaking engagement; every meeting; every project… souls, souls, souls! Through Youth for Christ this can clearly be seen in the recruiting and developing of the youths in their area of ministry for the purpose of reaching the souls of men.

The success of Youth for Christ Trinidad and Tobago is founded on PRAYER. It is from this place of dependence and power, God continues to orchestrate the mandate he has given to his servant. The heartbeat of Rev. Frank Porter is that his legacy and that of Youth for Christ will continue in this great nation for years to come, always ‘Geared to the Times and Anchored to the rock.

Rev. Porter is married to the virtuous, Joycelyn Porter, his greatest supporter and consistent source of encouragement. They have two beautiful daughters and four grandchildren. 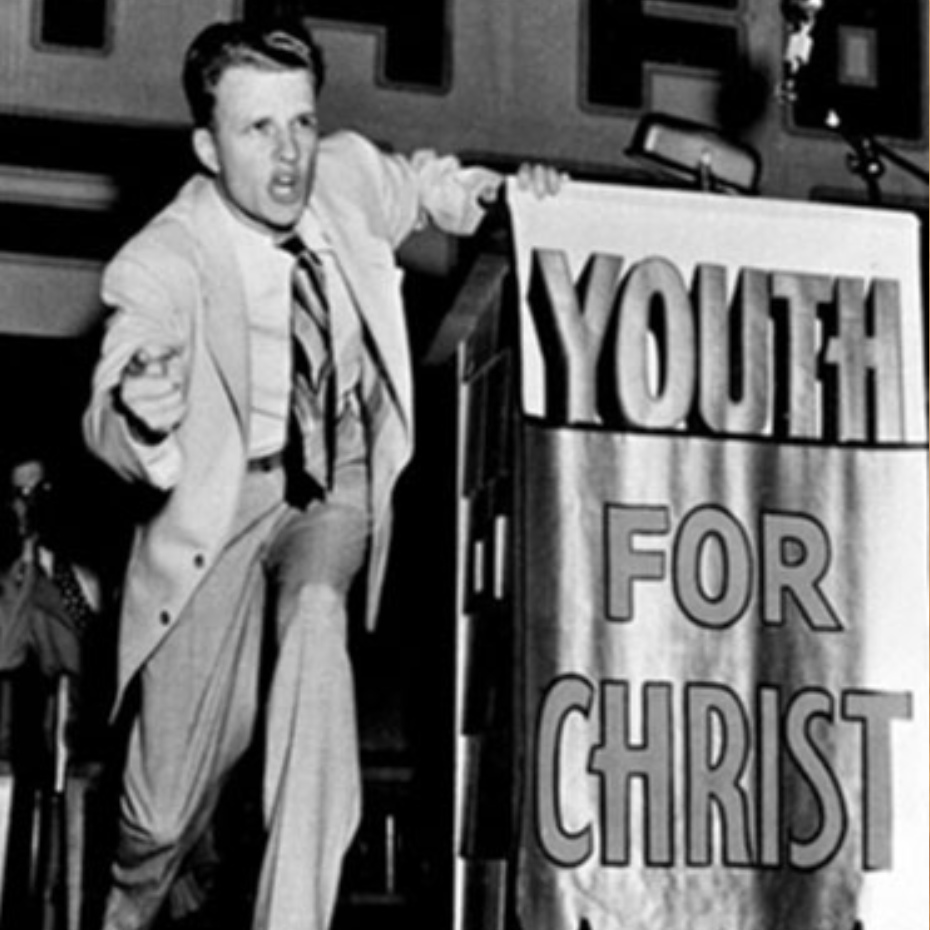 The organization began in the 1940’s. In 1944 the movement rapidly expanded and soon there was the need for leadership and organization. In 1944 Torry Johnson a Chicago pastor was elected YFC’s first President with Billy Graham as YFC’s first full time worker.

From the inception, Youth for Christ has been the life changing message of Jesus Christ to young people. And as the years have gone by, the approach of sharing the gospel has changed but the central message of salvation to the lost has never changed.

It is not surprising therefore that YFC’s earliest and most enduring motto has been ‘Geared to the Times Anchored to the Rock’.

In 1947 YFC spread too many countries of the world, including Jamaica and thereafter to 9 other islands of the Caribbean, Trinidad & Tobago being one of them.

It is not surprising therefore that YFC’s earliest and most enduring motto has been ‘Geared to the Times Anchored to the Rock’.

In 1947 YFC spread to many countries of the world, including Jamaica and thereafter to 9 other islands of the Caribbean, Trinidad & Tobago being one of them. From the onset, YFC had a world vision. It saw itself as a catalyst to speed and facilitate the spread of the Gospel in the fulfilment of the Great Commission. The YFC International organization is presently situated in Denver Colorado. 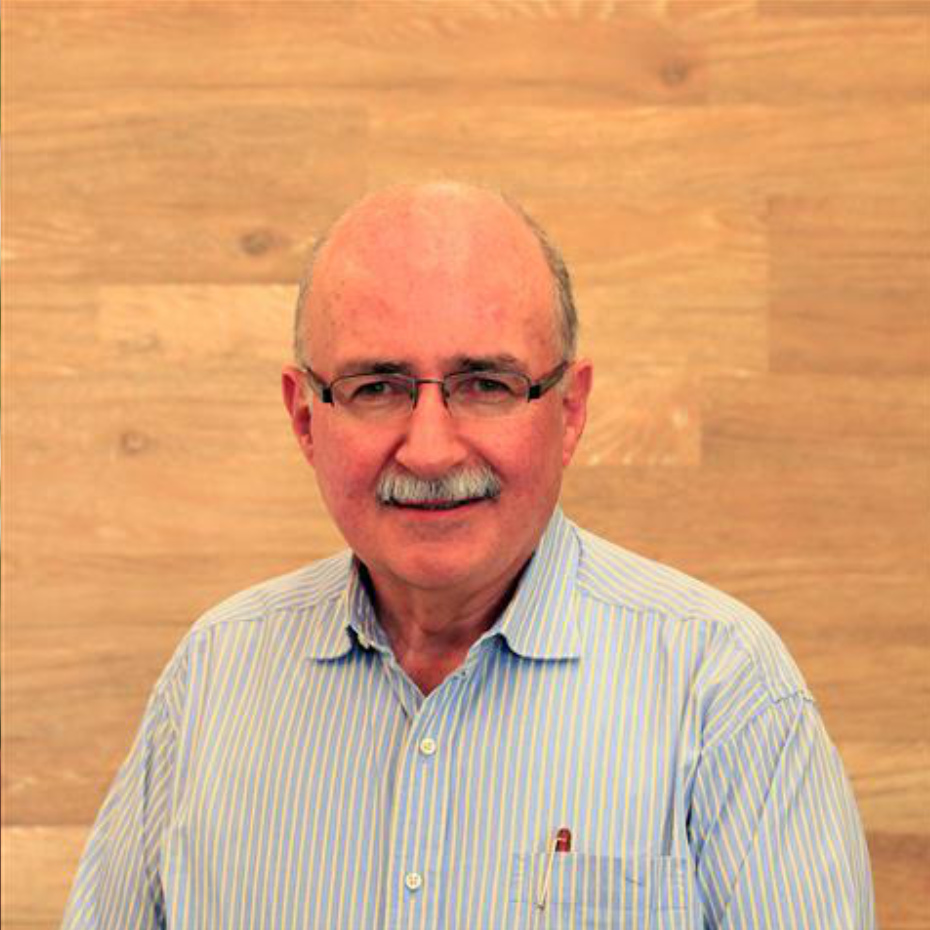 Dave Brereton has been involved with YFC since 1995. He first served as the Executive Director of Montreal area YFC from 1995 to 2000. He then served on the Montreal board from 2000 to the present, also serving on the Canadian board from 2003 to 2006. In 2006, he became the National Director of YFC Canada where under his leadership the ministry has grown substantially and became very globally connected for mutual blessing and encouragement. Dave is also an elder in his local church since 1992 and has been involed in the start-up, growth, and development of several technology related businesses.

In the first part of 2018, Dave will be transitioning from his current role as National Director of YFC Canada into his new role as International Director of YFCI. Dave and Katy have a large family of adopted and foster children and grandchildren most of whom live near them in Montreal, Canada.

Their love for and calling to serve teens and children from diverse backgrounds and early life experiences has made them feel loved and understood by the YFC family over the years. Click here for a video to get to know Dave and Katy and learn a little about their passion for young people. Dave will work from Montreal, travelling to Denver and other parts of the world as needed. Dave has always served YFC as a volunteer and will continue to do so in this new role.

We ask you to pray earnestly for Dave and Katy and their large family as he takes on this strategic and demanding role. Please also pray for the leadership team and staff as they work together in this leadership transition with Dave.